YA Review – The Brighter the Stars – young adult science fiction 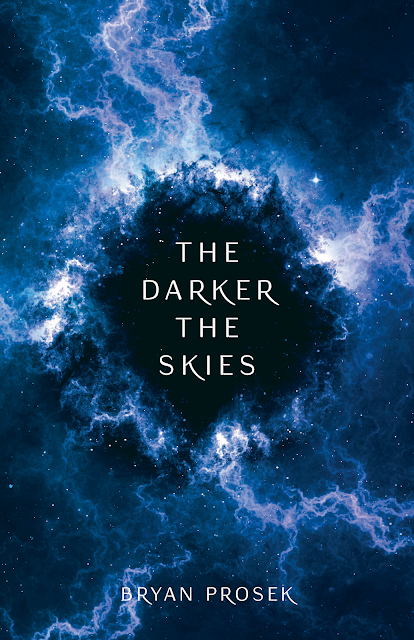 ​Book Title:  The Darker the Skies by Bryan Prosek

It only takes one to make a difference.

Just days before Jake Saunders plans on proposing to the love of his life, Jake is called upon once again to save his home, Earth. The Earthen Legion troops and its allies think they’re battling only pirates, but a new, more powerful foe from another galaxy flanks their forces and invades, in search of a weapon the planet didn’t even know it had.

​When Jake learns that this new enemy was responsible for the death of his father many years ago, he realizes he can finally face his true nemesis. The odds are stacked against Jake, but with the help of his friends and allies he’s made along the way, he must rally the remaining Legion troops and retake Earth before it’s too late. The fate of Earth and the fate of his love, rest in the balance. 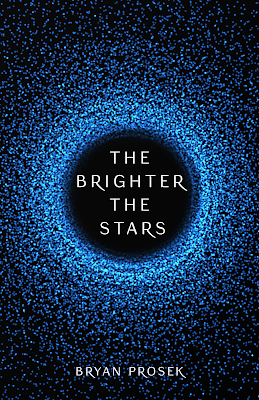 ​Book Title:  The Brighter the Stars by Bryan Prosek

​Caught between love and revenge, Jake has one chance to live up to the man his uncle was.

Earth crashed into interstellar politics as a lightweight, lagging so far behind other planetary weapons systems everyone feared they wouldn’t survive first contact with other worlds without quick action. By 2185, Earth had united itself into five geographic sectors and developed a defense system powerful enough to keep aggressors at bay—for now, at least.

Jake Saunders became a Legion soldier to honor the memory of his war hero uncle, who was brutally murdered in front of him when he was still a young teen. Fast forward a few years, and Jake and his best friend Cal have been tasked with escorting Cal’s older sister Diane to become Earth’s ambassador on a far-off planet. It’s the opportunity of Diane’s career, very likely a lifetime post. But for Jake, that could mean a lifetime’s heartbreak. He has loved Diane since they were kids, and every step closer to that ambassador assignment is a step closer to goodbye.

​But somebody is after more than Earth’s defense, and Jake, Cal, and Diane are on a trajectory to crash headlong into that dangerous plot. Somebody wants to play Earth against its most immediate threat, Craton, and convince both to develop super weapons—and he’s working with the person who killed Jake’s uncle all those years ago. When he reappears on Jake, Cal, and Diane’s journey to the ambassadorship, Jake is faced with difficult choices to look out for his friends and honor his uncle’s memory.

I’m not sure if The Brighter the Stars would be considered a space opera or a space western. There are elements of both in this Bryan Prosek young adult science fiction novel. It reminded me in many ways of the Star Wars stories. It is a space opera in the fact that there is a definite clash between good and evil that may relate to the fate of the galaxy. It has the feel of a western from the many references to old John Wayne movies by some of the characters and the similarities between the actions of the characters of the book and those of the movies.

I found the story to be well-written. It drew me in from the very beginning and I had a difficult time putting the book down. Prosek has created characters that readers will love or hate depending on the character. There is also a small amount of romance for those readers who like that thrown in – but not enough to chase away the non-romance people.

I thoroughly enjoyed The Brighter the Stars and look forward to the second book in the series.

I think The Brighter the Stars would make a great addition to the science fiction section of a K-12 Christian school (or any school) library. It will appeal to science fiction nerds and is appropriate for middle school and up. There are some battle scenes similar to what you’d find in a Star Wars movie.

I received a complimentary copy of The Brighter the Stars. This is my honest review. 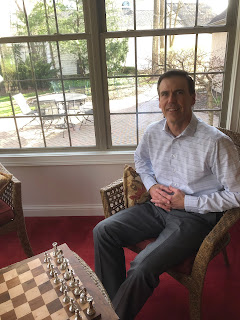 Meet the Author:Bryan Prosek is a science fiction writer and business attorney. Along with his debut The Brighter the Stars and the forthcoming A Measure of Serenity, he has published books and articles in legal trade journals and magazines. When he isn’t writing or practicing law, you can probably find him watching science fiction movies or television shows. He loves the big screen and the small screen. There’s a good chance that he’ll be watching one of the numerous Star Trek movies or series, but he could be watching anything from Guardians of the Galaxy to The Conjuring.

Most of the links in this blog are affiliate links. Thank you for purchasing through these links – it  helps support this blog.